What is New XKit?

New XKit is a blogging chrome extension. it's a free extension , it has 100,000+ active users since released its first version, it earns an average rating of 4.52 from 941 rated user, last update is 983 days ago.

How to install New XKit? 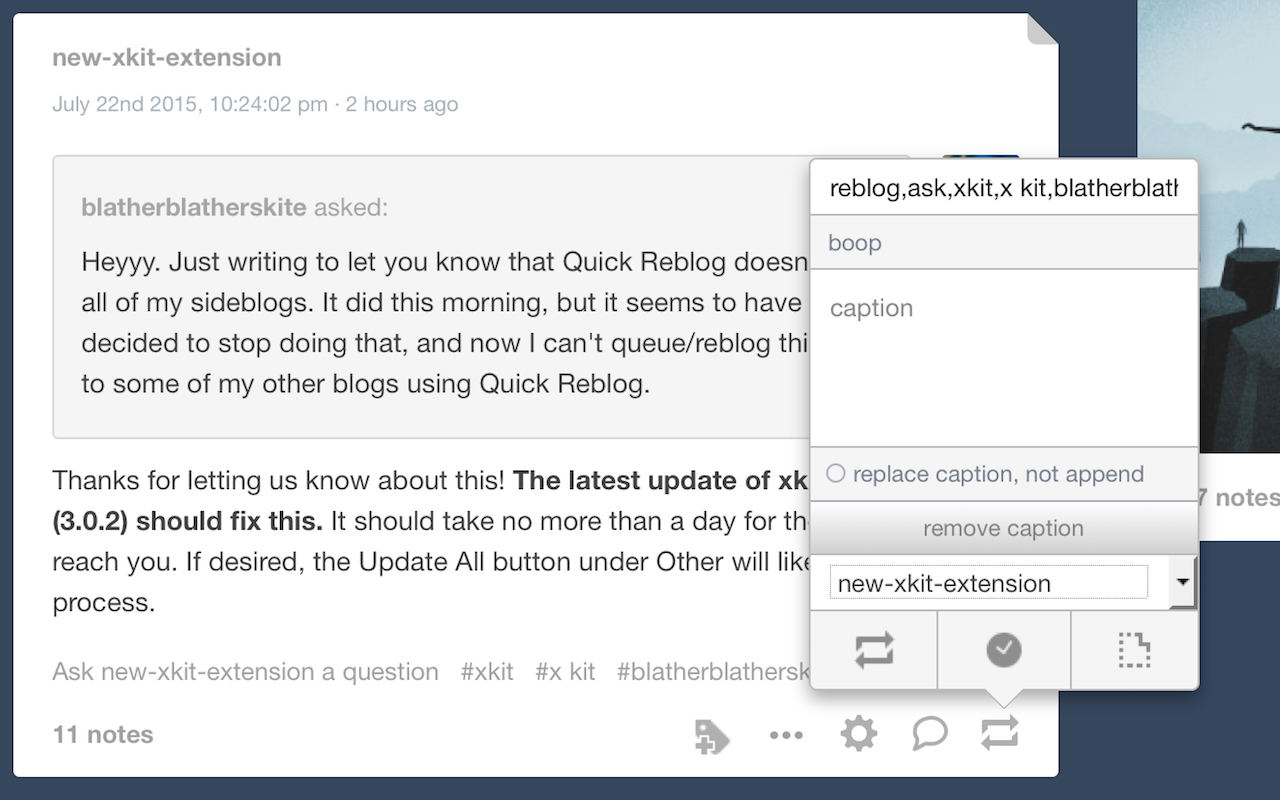 This extension was quietly abandoned by its team. Much like previous iterations before it, heh... Things got complicated after tumblr's code changes. Fixing XKit's outdated code base to work with it became too hard on the devs, so they just burned out & abandoned it. But one dev didn't want to leave us hangin' like that, so they're working on a new browser extension called "XKit Rewritten." I recommend disabling/removing New XKit, & getting that instead. ----------- The coder had to start from scratch, which is why completion is taking a while. Some features are excluded, but they explain why on their GitHub page (tumblr itself now has many of those features if you know where to set them up, a welcome relief!), & a few are still under development. But it's coming along well. It's our best bet right now, because this one's just plain never gonna get fixed. I wish the other devs would just come back & admit that... but well, now y'all know.

Will probably never uninstall this extension, it's made using Tumblr all the more bearable. But it sure it would be nice if the support team [or whoever is managing xkit now] answered to issues, one of my xkit extensions "One-Click Postage" has been malfunctioning for months now, I sent messages about it a few times and it still hasn't been fixed.